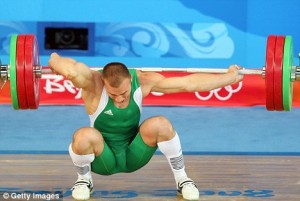 Now this is a HUGELY contentious subject and i’m sure it’s going to divide opinions which is great we love a debate, but this is where l stand on the matter.

So this title ‘Crossfit gives you injuries’ comes both from anti Crossfit trolls on the internet who feel the need to tell us on videos haha and also from my former inexperienced self! As a young coach l was always very literal and also extremely quick to make my judgement both on people and training (how we all learn and grow l guess). As iv said in previous videos l was very anti Crossfit for a long time, mainly because l didn’t understand it and the first time l tried it l couldn’t move for days and my shoulders were in bits. That’s it, hated it from that second on and l mocked every person l saw doing toes to bar or any form of kipping pull up “that’s not a pull up you idiot!” “you’re doing it wrong!” But hey most of us as humans attack the things we don’t understand because they make us feel uncomfortable or challenged.

Fast forward 5 years and here l am up to my ‘you know whats’ in Crossfit and taking on the Open with John… WTF!!!!? My whole opinion was transformed in the space of 72 hours by a group of friends and an athletes who exposed us to another side of Crossfit, the education, the reasons why differing methods and forms of movement were used and most of all the encouragement and general buzz of a workout. Thanks team AWESOME!x

Now we’re up to date let’s look at the juicy part of this blog…… my left shoulder got injured doing butterfly pull ups 1 month into joining my local box Spitfire. My initial reaction wanted to be very much like my younger uninformed self and blame that movement but what experience gives you is the ability to walk away from a situation good or bad and assess it from another angle or point of view. I gave it a few days then tried to move in the same way again…. PAIN! So that’s it now couldn’t use the butterfly, but why? I needed to know because during a volume based workout i’m now going to lose so much time and i’m bloody competitive so l can’t be having that now can l! So l brake it down looking at my movement, body position etc everything is in check, shoulders level body not twisting away to once side etc, so why was it only my left shoulder then? Is that weaker? Not that l can think of. At this point my inner geek is getting very excited as you can imagine ‘Time to investigate!!’ So l booked in with a sports therapist, got her to look at me from top to bottom and obviously my shoulder. What did she find? F**k me l was a mess hahahaha! Immobility issues, swayed hips and my shoulder alignment was all over the place. I came away convinced that a month of Crossfit couldn’t have done that, it would have to be some dark under lord of the training world to have such savage abilities!

What l discovered was it was actually my years of boxing as an orthodox fighter, which basically means left leg and shoulder forward and you naturally try to protect yourchin and close your chest off with your front shoulder as well, this had given me anteriorly rolled shoulders and slightly twisted hips, that with also never stretching at all was not great. Then moving on from boxing and essentially only bench pressing or military pressing for the next 5 years with pretty much again zero stretching and hey ho l was the proud owner of some seriously tight pec minors and a posture that would make the hunch back of notre dame look like an arrow stood next to me. But this got me thinking well maybe it was me and my past, was it boxing, football, running? Think about it from a basic anatomical point of view, both the shoulder and hip joints are ball and socket joints, basically meaning a LOT of potential movement to be had there if supported and encouraged in the right way. But what movement do we mostly perform at the shoulder and hips, flexion and extension for the most part, maybe we might go crazy and hit some abduction with the odd raise, but the point is we don’t really encourage the range of movement that the joints have to offer so things become tight, others become dominant and a lot of small assisting muscle groups become weak. “Use it it or lose it” With that being said if we suddenly throw ourselves in the deep end and try to force a range of movement that we may have not done for years or even ever, what do we expect to happen? S**ts going to get real right!

So my opinion is that Crossfit nor any other form of exercise ‘gives you injuries’ immobility and lack of understanding gives you injuries. If you have mobility issues Crossfit will sure as hell find them that’s for sure, as would gymnastics or anything else.

Do l believe that there’s and argument for certain workouts or ‘being in the moment’ causing you to lose form etc which can lead to injuries, yes for sure if not corrected over time but you will also see many people avoid injuries purely because their body is strong enough and adapted enough to get them out of potential trouble. Not ideal and contextual to all cases l know.

But my take away point is this, be more mobil!!! ahahha No just remember whatever form of exercise you choose remember to keep moving, stretching, foam rolling in as fuller range as possible and in as many directions as possible. We all become victims of our surroundings and doing either the same as others or just what we may know to be correct. How many of us see kids running and jumping around, see them sitting in a squat like it’s nothing and wish we had that range of movement right?! We all had it at one point we just got lazy and stopped moving and using the range.

So move more people and keep being awesome, Hope you enjoyed the read 🙂