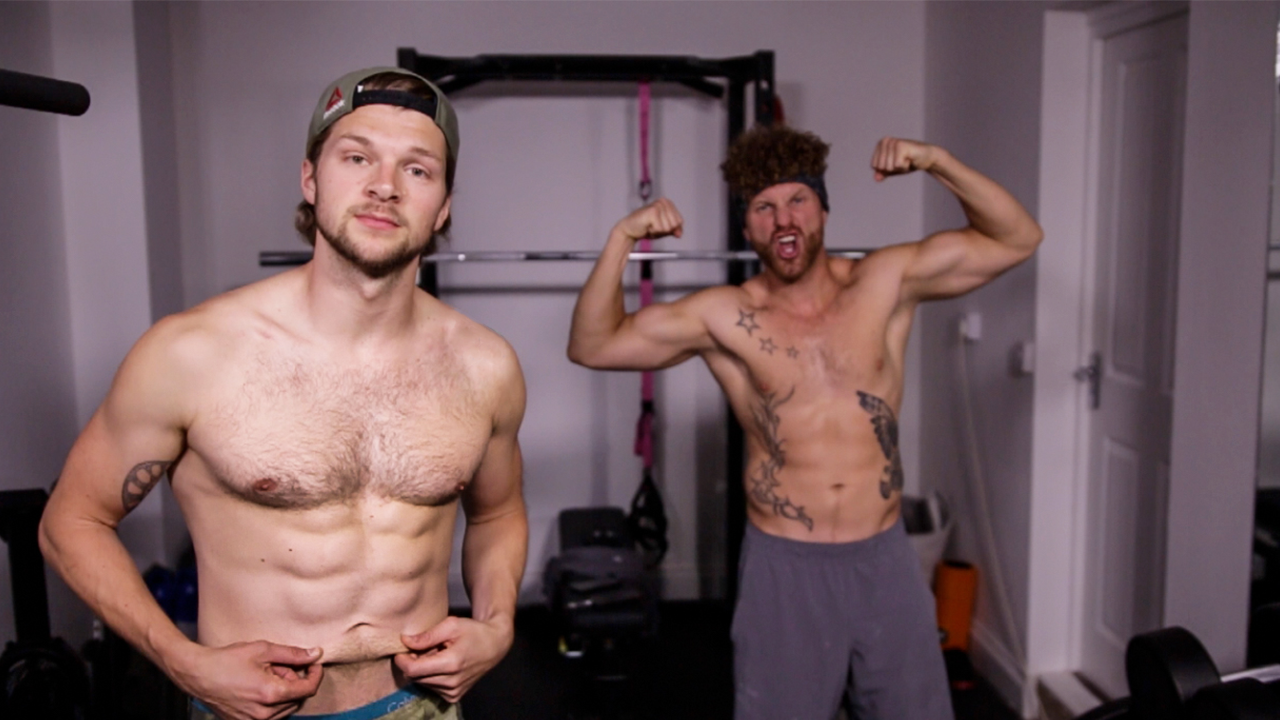 Why You Can’t See Your Abs!

A question I had asked many times in my earlier years of working out and something I still get asked probably more than any other, especially by guys is

I recently created a short video explaining the common reasons but also giving a different perspective that may remove some of the pressure we put on ourselves to achieve that idolised six pack. You can find it here –

There are normally a few common reasons why you can’t see the muscles (rectus abdominis) of your abs through your skin, I want to briefly touch on them and offer some solutions.

You don’t have the muscle structure of a “six” pack.

I wanted to start here first to really relieve some of the pressure, we need to understand that not everyone will have an even blocky six pack set of abs. We are all so different, some of use will only show four, some six and some barely any despite having a low body fat percentage.

There are some things we can’t really control such as our genetics, sure we can sculpt and build the size of our abs but we cannot change the structure of them. That however does not mean you can’t look incredible without a six pack, Arnold only had 4 visible and I have some friends who have bodies that inspire me and they have no real abdominal definition.

We always want what we don’t have, I guess it’s human nature some of us have big or well shaped arms and even legs but want better shaped abs and others like myself the complete opposite. Once you realise this the pilgrimage to getting a visible six pack is a lot less stressful, we need to learn to appreciate and admire what we have achieved while still working towards other goals.

Your body fat is not low enough.

The most common reason for not having visible abs is simply that your body fat is not low enough, simply there is fat between your skin and muscle which is blurring or obscuring the lines and definition of your six pack.

This comes mostly down to consistency with a diet and being in a caloric deficit which unfortunately means its much more of a mental battle and takes weeks, months and even years depending on the persons starting point.

Although reducing junk and unhealthy foods is greatly advised/necessary some can take it too far an eliminate all foods considered bad from their diet. This may work in the short term but it can soon make you miserable and despondent, often this makes many give up on their diet. From past experience it’s much better to have these foods sparingly but allow for them by eating less in the rest of the day or adding another workout in somewhere. This I find often stops people binging on day long “cheat” days and consuming several days worth of calories in a few short hours. This then all to often leads to feeling dispondent and worse, a failure and in my opinion only creates a bad relationship with food.

You need to stop doing crunches.

Crunches while a valid exercise for training the abs may be less beneficial than some more resistance/weighted based abdominal exercises. This is simply because after just a short while of training most people can do large numbers of crunches before feeling fatigued, if you wanted to build big legs you wouldn’t go to the gym and just do air squats. You’d do some barbell squats or leg press with weight added to force the legs to adapt and grow, well the same applies for the muscles of the abs, they require stimulation and a challenge to grow.

So try weighted crunches or decline crunches, leg raises etc as well as squat, deadlifts and weighted chin up’s. These all work the abdominal and core muscles.

The truth about having a six

Is it’s a great goal to have and for most will take months of dedication and hard work to achieve, it requires having the will power and diligence to control your diet and that alone is no small feat.

Having said that it really isn’t the defining factor of having a good body it is just less common as most of us don’t wan’t to take our diet and it’s restriction so seriously and that also is fine. It’s your body and your job to shape it how you wish.