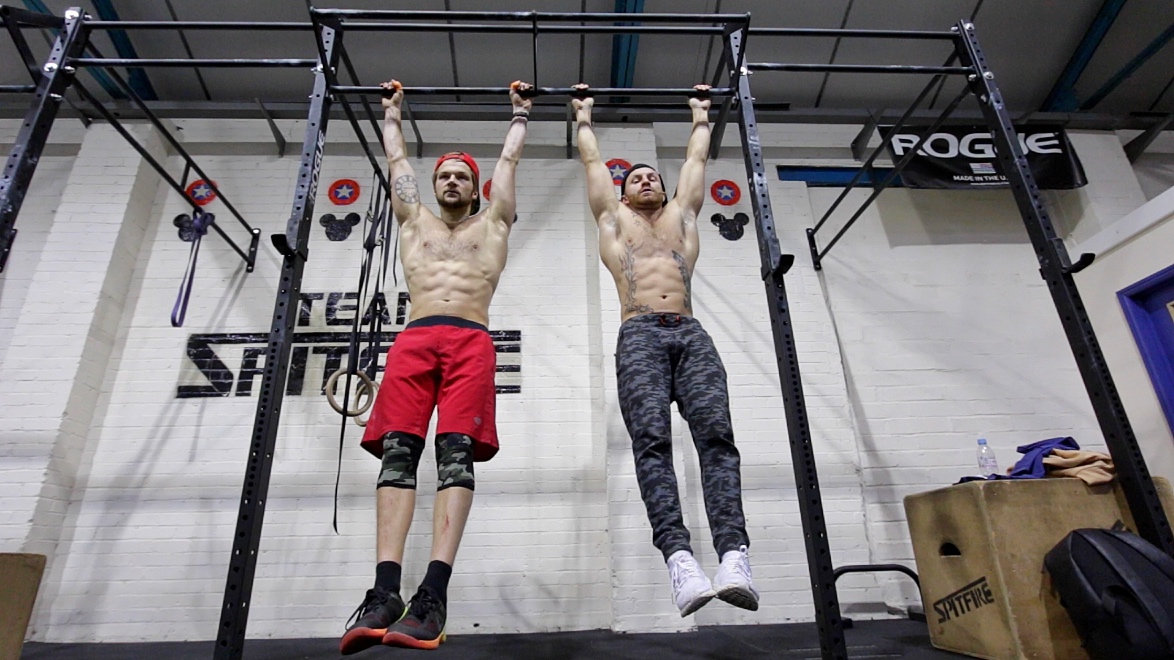 Stepping Outside Our Comfort Zones With The CrossFit Open

First off let me apologise for the lack of blog posts over the last month we’ve had some unfortunate news in the family and as I always say family comes first.

Anyway today I wanted to talk about stepping WAY outside of your comfort zone, letting people see what you are made of and most of all just pushing yourself to become more awesome!

Leon and I have both signed up to and completed our first workout of the CrossFit Open, let me first just explain what “The Open” is and if you would prefer you can watch this video below as it explains it and shows our first workout.

So the Crossfit Open is a HUGE world wide competition which you can take seriously or just do it for fun. It consists of 5 workouts aptly named by the year (17) and then the workouts so 17.1 is the first then 17.2 and so on.

Each workout is released at 1am on Thursday for us in GMT, so no one knows what it will be beforehand which only builds anticipation and nerves! You then have until Monday evening to complete the workout and upload your score to the CrossFit webpage.

You need to be judged by a coach or film your workout and send it in for reviewing to check you pass the standards, what’s cool though is if you can’t do a movement such as a muscle up you can scale it down to let’s say a pull and just take a slightly lower score, but still be able to complete the workout. This means that absolutely everyone can get involved I watched a 91 year old gentleman doing 17.1 on the internet! It was quite inspiring and I found comfort in that, because god willing we will all make it to a grand age and still be mobile.

You can also see where you place after each workout and over all via a leader board and you can even see how you place against your buddies, the best athletes in the world or even your score from last year if it’s your second time.

See the best CrossFit athletes in the world HAVE to do the open as the top selection in each region then progress to the regionals competition. The top 5 guys and girls from each regions regional eg Europe then go to the Crossfit Games to fight it out for the title of Fittest on Earth, so you really do get to go against the pro’s!

It is quite nerve racking but it’s a lot of fun! As you can imagine the atmosphere at the box (it’s what we call Crossfit Gyms) is electric and everyone is speculating as to what the next workout will be, and hoping that it plays to their strengths.

Personally I want anything that involves handstand walking, muscle up’s or deadlifts.

At first neither Leon or I wanted to join the open but we did it because we’ve been doing CrossFit for 3 months now and we want to see how much we have progressed in a years time!

So my question to you is, What was the last thing you did that put you outside your comfort zone?